Live Study, a durational performance which began in 2018, comprises two forms: an archive of 850 hours (and counting) of live-streamed video documenting the artist’s painting sessions, and a series of oil portraits and related color studies. The subjects of the paintings are Mandiberg’s studio assistants, apprentices, and consultants from the past decades, surrounded by the instruments, objects and technologies they used and imagery of the projects on which they were staffed. The first chapters of this larger project, from 2004 to 2009, includes a period when the artist had aggressive cancer. Evidence of how illness and its treatment stressed their bodymind surfaces throughout the exhibition. During this time, Mandiberg relied on assistants to meet external demands to remain productive, though the fog of illness left the artist dependent on digital archives to remember the details.

The subjects of the portraits are surrounded by documents relating to their work in the studio, such as letters of recommendation (Carlo has grown immensely) and emails that combine work and personal realities (The surgery was more intense than I or the doctors expected), over-painted with color studies. The studies are numerous because the artist, who has primarily worked as a conceptual, digital artist, learned to paint in the process of painting those who once learned from them. In 2019, The Whitney Museum of American Art’s artport platform began exhibiting the Live Study videos, which now extend for nearly a thousand hours.

Each Live Study portrait begins with a photograph of the subject from the time they worked in the studio, from which Mandiberg composites together a grayscale digital collage and prints them on canvas. Following classical painting techniques, the artist builds up layers of grisaille, oil glazes and velatura to yield luminous depth. The size of each portrait corresponds with the number of hours the assistant worked, and the pricing corresponds with the amount they were paid over the course of their work with Mandiberg. Painting sizes therefore range from Jessa Mendez (9 hours, 2004) at 3 x 3 inches to Simon Jolly (636 hours, 2007-2009) at 32 x 20 inches. The artist has made two copies of each portrait, one of which they will give to each former assistant as a gift. Mandiberg’s technique preserves the pixelation of the source material in some places, while painting over it in others. The contrast between brushstroke and pixel symbolizes how we rely on digital archives to create and maintain memories. 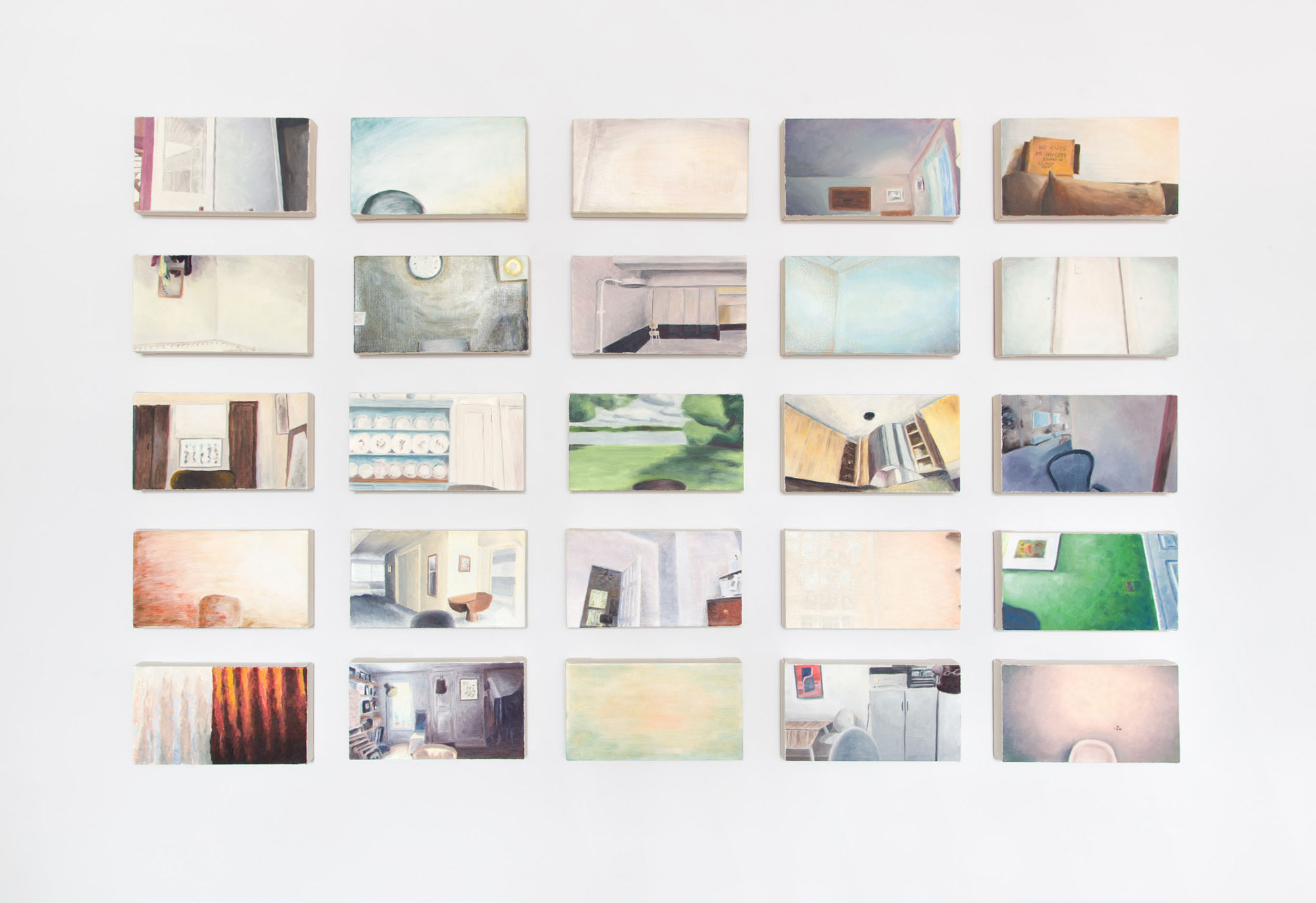