I received a LACMA Art + Technology Award (2016) to create Workflow, which is on view at the museum until January 1, 2018. Workflow explores the changing definition of labor in the digital age, and includes Quantified Self Portrait (One Year Performance) (2016–17), which is on view at LACMA’s Ray’s and Stark Bar; Quantified Self Portrait (Rhythms) (2016–17), installed in the Pritzker Parking Garage elevators. Quantified Self Portrait (Rhythms) plays for one full year, from January 1, 2017 to January 1, 2018, with each moment representing the data of the exact date and time from the previous year. Postmodern Times (2016–17), will premiere at LACMA on December 19, 2017, with a screening schedule designed around California’s labor union rest break rules, including a break for lunch and a reception at the conclusion of the film’s “workday.” 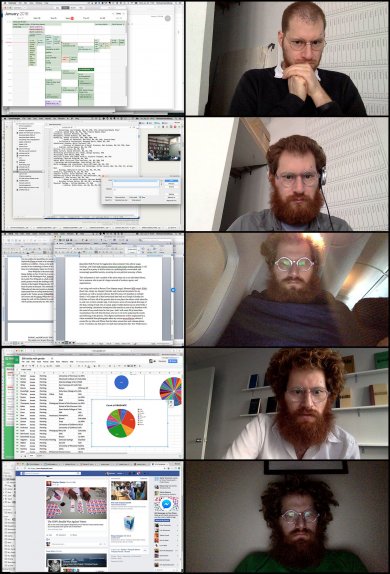